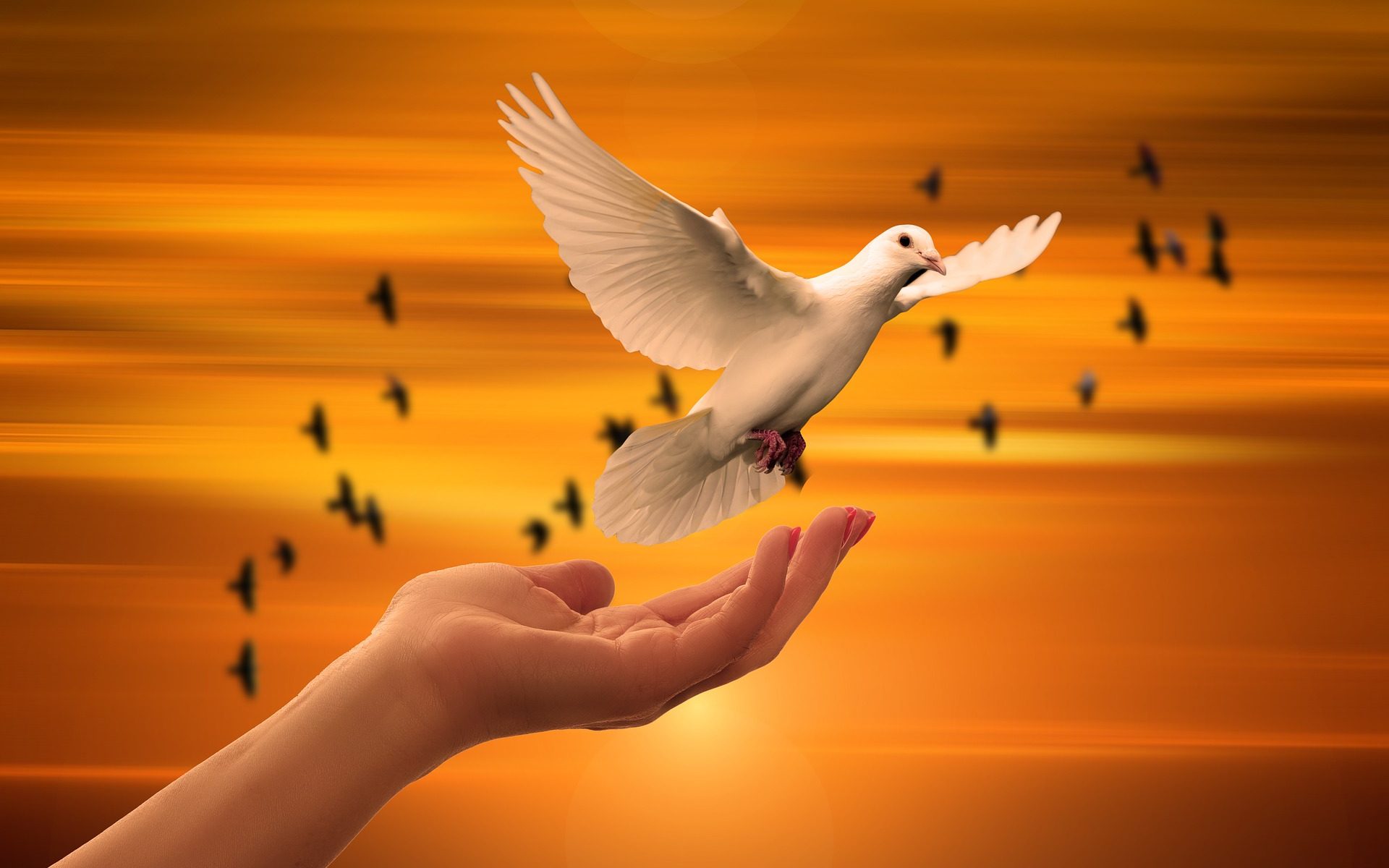 God is drawing His Bride into deeper and higher places in Him to come into deeper revelation of Himself and of heaven.

So many of God’s children have been hurt and offended and as a result have hardened their hearts, having built great fortresses of self-defense around them.

As the scales fall off their eyes, these walls are coming down which have been built up in self-defense to not get hurt again.

The RELIGIOUS SPIRIT IS BEING BROUGHT DOWN!

The religious, hypocritical show of godliness with self-righteous self-justification is coming down too! Hallelujah!

People are being freed up to love unconditionally as they suddenly see themselves and others through enlightened eyes of their understanding with the love-eyes of God. Repentance and forgiveness flow freely, accompanied by great joy of a new-found freedom in the Spirit.

The Scriptures are coming alive in a new way as the scales are coming off, speaking deep into hearts that are seeking Him.

God is breaking His mature sons through in their true identity as a royal priesthood, having stepped into the authority of kings, reigning together with Christ from above and administering His Kingdom in the earth through their kingly mandates.

Many are stepping into the power and freedom of true unfeigned love for the brethren. As the love flow is released, miracles are at the order of the day, breaking others free from bondage to love with abandonment. It’s a love revolution that is taking place! The result is a fresh unity in the body of Christ, with God’s commanded blessing of life on Kingdom exploits. Hallelujah!

PRAYERS ARE BEING ANSWERED SPEEDILY as we step into the Melchizedeck anointing of our royal priesthood. We are to build worship altars everywhere we go and teach others to enter into the heavenly realms. Many are now accessing the heavenly realm, having glory encounters with the Lord as they give themselves to His love.

Somewhere somebody prayed, maybe you yourself have been praying about things in your life which do not fit His image! Maybe for a long time and then suddenly we see the breakthroughs!

Even the answers to prayers are speeded up, because as we get intertwined with Him, in His love and in His Word, praying from His heart, He answers our prayers.

The Year of the eye and the mouth!

As the scales fall of our eyes in the light of His countenance, we see in a new way – seeing His plans and purposes and then speaking it forth in prophetic utterance. Remember, Paul admonishes everyone to earnestly desire the gifts, but especially that we should prophesy (1 Cor.14:1).

As we spend time in His heavenly counsel, being seated together with Christ in heavenly places, we are equipped to administer His Kingdom rule in the earth as ambassadors of the Kingdom.

All glory to God