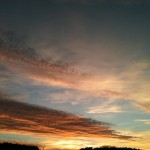 A SEASON TO PRESS IN TO GOD’S PRESENCE AND PURSUE HIM TO STEP INTO HIGHER DIMENSIONS TO BRING FORTH MUCH FRUIT FOR THE KINGDOM.

The Almond tree is budding again, promising great fruitfulness and Aaron’s rod has budded!  The prophetic revelation in this is that God is “watchful over his Word to perform it” (Jer.1:12) for those who are actively co-working with the Holy Spirit.
This is a season in which God wants to bring His promises and prophetic destiny in your life to fulfillment and there is much opposition in the spirit realm.
Directly preceding this divine miracle of the budding of Aaron’s rod, we see two uprisings against God’s appointed leadership represented in Moses and Aaron.  Korah and 250 men rose up against God’s chosen leadership in grumbling and complaining, planting division in the camp, resulting in them being swallowed up in death.  If this wasn’t enough, the children of Israel now blamed Moses and Aaron for the death of Korah’s and his men.  God was ready to wipe them all out and 14,700 Israelites died in the plague.  Yet, Aaron chose to do what he was called to do as priest and offered up incense in the very place where illegal incense was offered, standing in the gap for a rebellious people.  He averted the plague by staying loyal in his call and God honored him by avenging him. In Numbers 17 we see that God chose his rod among all the others to bud, blossom and bear ripe almonds as a sign to the people of His approval and His choice to bring Aaron into a higher dimension of operation.

Just as Aaron’s call, mantle and authority was opposed, likewise the enemy is raising up opposition against yours.  The key strategy is to press in to His Presence for His empowerment in a fresh anointing, exercising your kingly priesthood in ministering to the Lord in the secret place. He will vindicate you in the sight of your enemies.

Do not fear, do not fret or worry about the subtle tactics of the enemy who wants to derail you.  Keep your mind free from these assaults, setting your focus on Jesus, the Author and Finisher of your faith.

“Wherefore seeing we also are compassed about with so great a cloud of witnesses, let us lay aside every weight, and the sin which doth so easily beset us, and let us run with patience the race that is set before us,
Looking unto Jesus the author and finisher of our faith; who for the joy that was set before him endured the cross, despising the shame, and is set down at the right hand of the throne of God.
For consider him that endured such contradiction of sinners against himself, lest ye be wearied and faint in your minds.” Heb.12:1-3

Set your face like a flint to do what He has told you to do, be what He has called you to be, persevering in overcoming all opposition with His wisdom and strength, being a true worshiper and using the Sword of the Spirit to DECLARE the victory for God’s glory!

Your vindication is assured, but not only that, God’s promises, call and destiny for your life is about to unfold supernaturally.

Jeremiah had a vision of the rod of an almond tree:
“The word of the Lord came to me saying, “What do you see, Jeremiah?” And I said, “I see a rod of an almond tree [Hebrew #8247 shaqed].” Then the Lord said to me, “You have seen well, for I am watching [Hebrew #8245 shaqad meaning “to be alert, awake, on the lookout, hastening to, watching”] over My word to perform it.” Jeremiah 1:11-12 NASB
“The King of kings is alert and active, watching over His Word to perform it in your life “(Jeremiah 1:12 AMP).

PURSUE HIS WORD, HIS PROMISES and START DECLARING IT WITH GREAT EXPECTATION TO SEE IT BUD, BLOSSOM AND BEAR RIPE FRUIT FOR THE KINGDOM!