A PROPHECY FOR SOUTH AFRICA & AFRICA 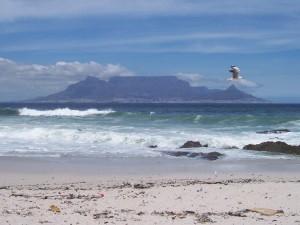 I spent my time praying one early morning while travelling in Nigeria. Suddenly I was in the spirit and I heard the voice of the Holy Spirit.

“Write down what you are about to hear.”

Suddenly I saw the globe and the continent of Africa was in front of me. I saw myself walking from the South to the North. Everywhere my feet fell, I saw rings similar as when a stone is thrown into a pond. These rings went from South Africa all over the continent of Africa, the sea and to the other parts of the world. I asked the Spirit what the meaning of this was and this is what the Holy Spirit told me.

“The rings you see are the healing, saving and miracle power that will start from the Southern tip of Africa. This will be a mighty outpouring of my Spirit and many will come running into my Kingdom. AFRICA WILL BE SAVED!!.

Many people from all over the world will come to experience the power of God. You will see things you have never seen before. THIS IS NOT THE SO CALLED END TIME MOVE, but this is a move where sons of God will raise up and take their rightful place.”

As I moved to the North, these rings just increased in magnitude and as I stepped into Israel, I turned around and looked back to Africa. I stood amazed as I saw the cross over Africa. The foot of the cross grounded in South Africa, the left and right arms on the horn of Africa and on the Western coast of Africa and the top of the cross on the North edge. Suddenly the Spirit spoke to me again……

“My time is now, where I will make My Word come true, Africa will be saved and this Gospel of the Kingdom of God will go from South Africa to the rest of the world. From now on Africa will evangelize the world, and this initiative I will start from South Africa. The best time in the Spirit is on your doorstep South Africa, now you will see My power and love in action. In the darkest moment My light will shine and no darkness will quench it. I’m raising sons who will stand on My Word and will proclaim what I say.

Do not let your heart be troubled, don’t flee South Africa; God will bring the knowledge back to South Africa. A white cloud (Gods Glory) is rising from the South and the Glory of the Lord will cover the earth.”

About 3 months later, one morning in a church service, I was caught up in the Spirit again and God showed me another vision. This was strange because I have NEVER experience such visions before.

This is the vision: I was sitting in an airplane and had a window seat. We were flying very high, as if we were in outer space. As I looked out of the window, suddenly I saw a giant cross. Behind the cross I saw the globe and again the continent of Africa was facing me. Suddenly the cross fell down and as I watched it, I saw it was on its way to the earth.

Again I heard the voice of the Spirit, “I will move mightily and soon you will taste My might and see what I have in store for My children. It is time for the Spirit-filled to come together  as one. Don’t look to colour, for this move is not prejudice. Change your minds and seek Me with all of your hearts. It is time to leave your petty arguments and seek My face”, says the Lord, “for I have a plan. I am about to bless My people abundantly more than what they can think. Super naturally you will experience My provision. Be faithful with what I give and I will open for you a window of heaven”.

This word must reach each and every South African. Send it to the South Africans overseas. Be sure, God has chosen this nation to show the world what and who He is. Send this to your friend, pray together and help us as South Africans to call Gods Word into action. Families, call on the Lord, seek His face and He will heal your houses, your businesses, your government and your churches and you will live in peace and no harm will come to you.

He knows the plans He has for us, plans of a great future and of a good hope. In Jesus Name, AMEN.