My heart sings over you with rejoicing when you draw near to Me, when you come to Me in worship and call on Me as your Helper. I am waiting to be gracious over you at the voice of your cry. When you call unto Me, I shall answer you! You will hear My voice behind you, saying, This is the way, walk ye in it – when you turn to the right hand and when you turn to the left.

I received this Word in 2011 and I feel that it is very applicable now, especially since there is much emphasis on prophetic intercession in this season. As we listen for the new heavenly sound (that God is saying “now” over the situations we pray for), we can release it as prophetic declarations in the glory and it will manifest swiftly.

RECEIVING A FRESH SOUND FROM HEAVEN in PROGRESSIVE REVELATION

I had a very powerful dream:

A new powerful sound was coming forth, seemingly from a recording. Nobody knew where it came from, but it was like the sound of many waters. It seemed familiar as though I knew it from a previous revival, but at the same time it seemed unknown. I knew it was coming from heaven and then it was as though I was enveloped in a river of this sound. I was totally overwhelmed by it and drenched in the power of this sound.

In the next scene in the dream I was in a meeting of a local church, still carrying the impact of the sound that I just experienced. A video was playing (of a previous meeting) and words were on the screen against a background of blue and green streamers, being waved around in worship – and another new sound was coming forth – never heard before!

I could make out a sentence of the song on the screen about unity. The people were abandoned to the Lord in extravagant worship.

At the same time a new video was being recorded by an unknown video-and-sound- technician (who was very knowledgeable and whom I have never seen before), while the head intercessor (whom I know) was dancing under the anointing against the background of the video. The intercessor looked much younger than in reality and the whole church was taken up in worshipping the Lord through the dance-intercession. It seemed that her youth has been renewed and also her physical and spiritual energy.

I realized that for those who are in one accord in prayer, waiting upon the Lord, worshiping together, a new sound will be released from heaven through the Holy Spirit, igniting the church with a fresh fire, exploding in song and dance. New media technicians will emerge, recording these glory explosions, taking it to the nations and the fire of the Holy Ghost will spread around the globe.

God is awakening His Bride to the power of corporate Worship-Intercession where a river of revelation is released every time when we rise above our present situations, releasing it all to the Lord in agreement with Him as our Intercessor who lives to intercede for us. This is Philippians 4:6-7 in action:
“Be careful for nothing; but in every thing by prayer and supplication with thanksgiving let your requests be made known unto God. And the peace of God, which passeth all understanding, shall keep your hearts and minds through Christ Jesus.”

The Word shows us the pattern: first by prayer and supplication we bring our requests to God, releasing it to Him in faith and trust, which is expressed in thankful praise that takes us up in the glory of His Presence. Then the river of peace starts to flow and in it we are transformed from one degree of glory to the next. Here, in the corporate anointing, in one accord, we get saturated in His Presence and empowered by the sound of His voice in fresh revelation upon revelation to rise up and flow in our different gifts and anointings to do the works of the ministry.

Revelation is progressive as we position ourselves in worship-intercession to receive the fresh sound from heaven, getting drenched in it and allowing the flow of the river to bring us in a new place in Christ.

Copy and paste this link into your browser to watch video: 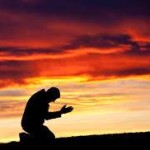 The fact that you are reading this, is because the Holy Spirit has drawn you to set yourself apart for 21 days for a fresh consecration in order to be empowered in the glory with a double portion. Why 21 days? Because it is proven to bring breakthrough (as with Daniel).

You can choose to start at any time, with as much fasting as possible – even if it is for 10 days, 7 days, 3 days or even for one day at a time in the middle of this period of 21 days. END_OF_DOCUMENT_TOKEN_TO_BE_REPLACED 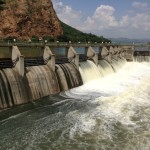 Recently I visited the Hartbeestpoortdam (outside of Pretoria, South Africa) after the many rains in the area. The sluice gates have been opened and masses of water were bursting through the gates in a mighty roar into the river below.

As I was watching this spectacle, listening to the roar of the waters, the Spirit of the Lord spoke to me, saying, END_OF_DOCUMENT_TOKEN_TO_BE_REPLACED 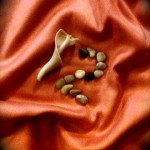 Let us worship the Lord today for His awesome ways in which He works, wooing us into deeper places in the Spirit, thanking Him for the secret place of His Presence where we now purpose to “dwell”, abide and have constant communion with Him. END_OF_DOCUMENT_TOKEN_TO_BE_REPLACED 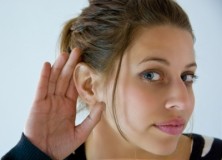 I am on a mission by the Spirit of the Lord to encourage the body of Christ to rise up, taking full possession of their inheritance in Christ!  Yes, it is time to END_OF_DOCUMENT_TOKEN_TO_BE_REPLACED 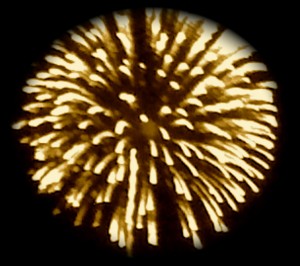 We have entered into a time where the Spirit will be poured out in great grace through the revelation-light of Who Christ is to us
and in us on those who are seeking His face. END_OF_DOCUMENT_TOKEN_TO_BE_REPLACED